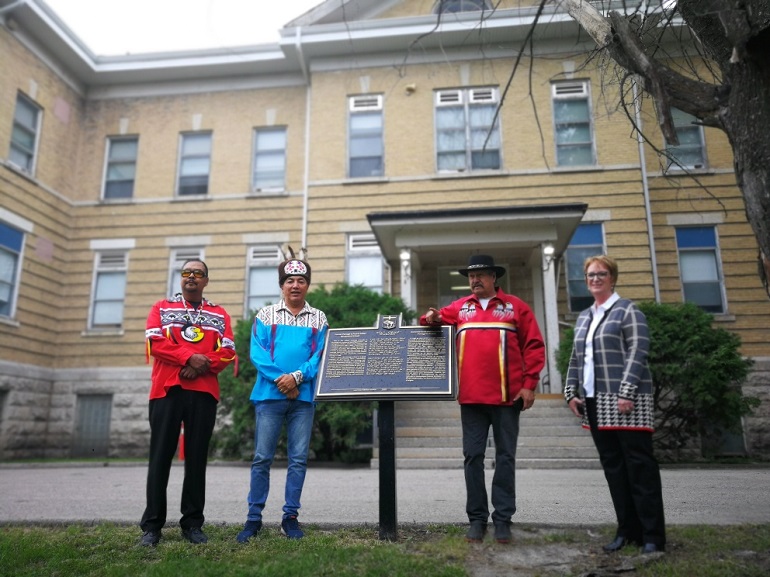 It’s a historic day for Long Plain First Nation and its Keeshkeemaquah reserve near Portage la Prairie, as well as the many survivors of the residential school system throughout Canada.

The former Portage La Prairie Indian Residential School site is located on Keeshkeemaquah Reserve, part of the reserve lands of Long Plain First Nation in Manitoba. This site was nominated for designation by the Long Plain First Nation. Children who were sent to the former Portage La Prairie Indian Residential School came from many First Nations and other Indigenous communities within Manitoba and elsewhere. Parks Canada worked collaboratively with the First Nation to tell the stories of survivors and determine the historic values of the site.

The announcement was given Tuesday morning in a virtual ceremony online with Environment Minister Jonathan Wilkinson.

During the hour-long announcement, historic photos of children in the residential schools were displayed, along with a video presentation, and speeches from various individuals involved.

“Designating the legacy of the Indian Residential Schools as a historic event of national significance, and the acknowledgment of the Shubenacadie and the Portage la Prairie Indian Residential Schools as two of the many potential national historic sites, will now support the healing journeys for those survivors and communities harmed,” says a portion of the video presented during the ceremony.

Long Plain Chief Dennis Meeches spoke in the presentation as well, and says this was a long time coming.

“Today, the government is declaring the Portage Residential School a National Historic Site, which is quite significant,” notes Meeches. “And finally, we’ve been able to achieve this designation.”

He says former Chief Ernie Daniels and council acquired the property in acknowledgment of the Treaty Land Titles in 1981. He notes it was, in some ways, destiny to obtain the land. Meeches says it was quite rundown at the time, and the building was in great disrepair. He notes time and energy, along with resources, were spent knowing the building’s significance. Meeches explains they’ve turned it from a dark place and chapter in their history into a place of education awareness.

To share with the world that the residential school era, as difficult as it was, and one of the darkest chapters in our history as something that we’ve been able to come through, is much needed,” continues Meeches. “And it’s to show the world, and hopefully educate and bring awareness about these schools.”

Meeches says he did not personally attend the schools, but his parents and grandparents did, noting they had many heart-wrenching stories.

“My mother ran away from the school with a couple of her friends,” explains Meeches. “They were making their way back home to Long Plain along the Assiniboine River. They were caught and brought back here. Their heads were shaved. It was quite a traumatic event for them, and they put bags over their heads to cover what had been done to them. When they came for supper in the evening, the matron came by and just ripped the bags off their heads. This story was shared to me by one of my uncles. My mother had passed on in 1993, and she never spoke about residential schools. For many of us, it had a very, very inter-generational traumatic effect on our people. I think this is, in some ways, closure.”

Meeches says the government is finally now recognizing that its policies and legislation were quite damaging to the social fabric of Indigenous people and their way of life. He notes this is a small step in recognizing that as well as the reconciliation efforts that are being undertaken.

“We had a ceremony this morning at the National Elders Council right across the country just to acknowledge this, and it was held in remembrance of our residential school victims and survivors,” continues Meeches. “In Long Plain, we’re very fortunate and blessed to acquire this property and seeing it a National Historic Site. This is for all of the victims and survivors of residential schools and this will belong to them also. This building is being preserved, beginning with Chief Ernie Daniels in 1981, when it was made into a functional building with many tenants throughout the years. We’ve invested a lot of time, money and resources into this building. Now, we’re thankful the government has seen fit to declare it a National Historic Site.”

He notes their efforts aren’t over yet.

“Well, we have, I think, a long way to go,” adds Meeches. “I mean, there’s a lot of, I think in some ways, chaos in the world. I think 2020 has shown and revealed a lot of the challenges we face yet to this day. There is a lot of work to do, but I’m an eternal optimist. I believe in building strong relationships and partnerships. Treaty One Nation, for example, and the work that we’re doing at Kapyong Barracks to eventually have an indigenous war museum there, are efforts that are so very important. We have a lot of work to do in repatriating lands and historic sites. We’re working on a number of different files with the Province of Manitoba, also, on sacred sites and historic sites in the Long Plain region. So, there’s much work to be done. And, for example, Eagle’s Nest — a very sacred site to Anishinaabe people — we would like the name changed back to Eagle’s Nest from the name ‘Hog’s Back’. There’s a lot of work that we must undertake to correct the narrative of history that’s been told through colonializing. We need to reinsert those stories through Indigenous eyes.”

Meeches notes Eagle’s Nest is just outside of Long Plain – about seven or eight miles.

“I’m thankful we’ve been able to achieve this historic milestone,” says Meeches. “And am thankful for all of our people that worked on this file throughout the years. But you know, my hat’s off to them because, without their hard work, we may not have witnessed this day.” 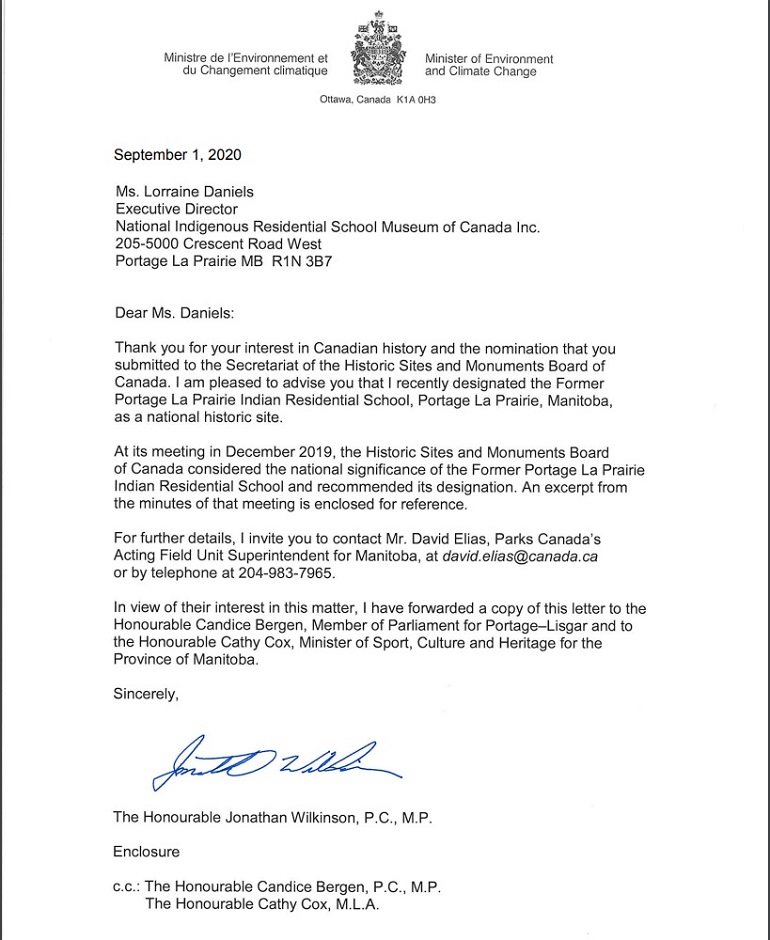 Your ticket for the: Portage Residential School Made A National Historic Site